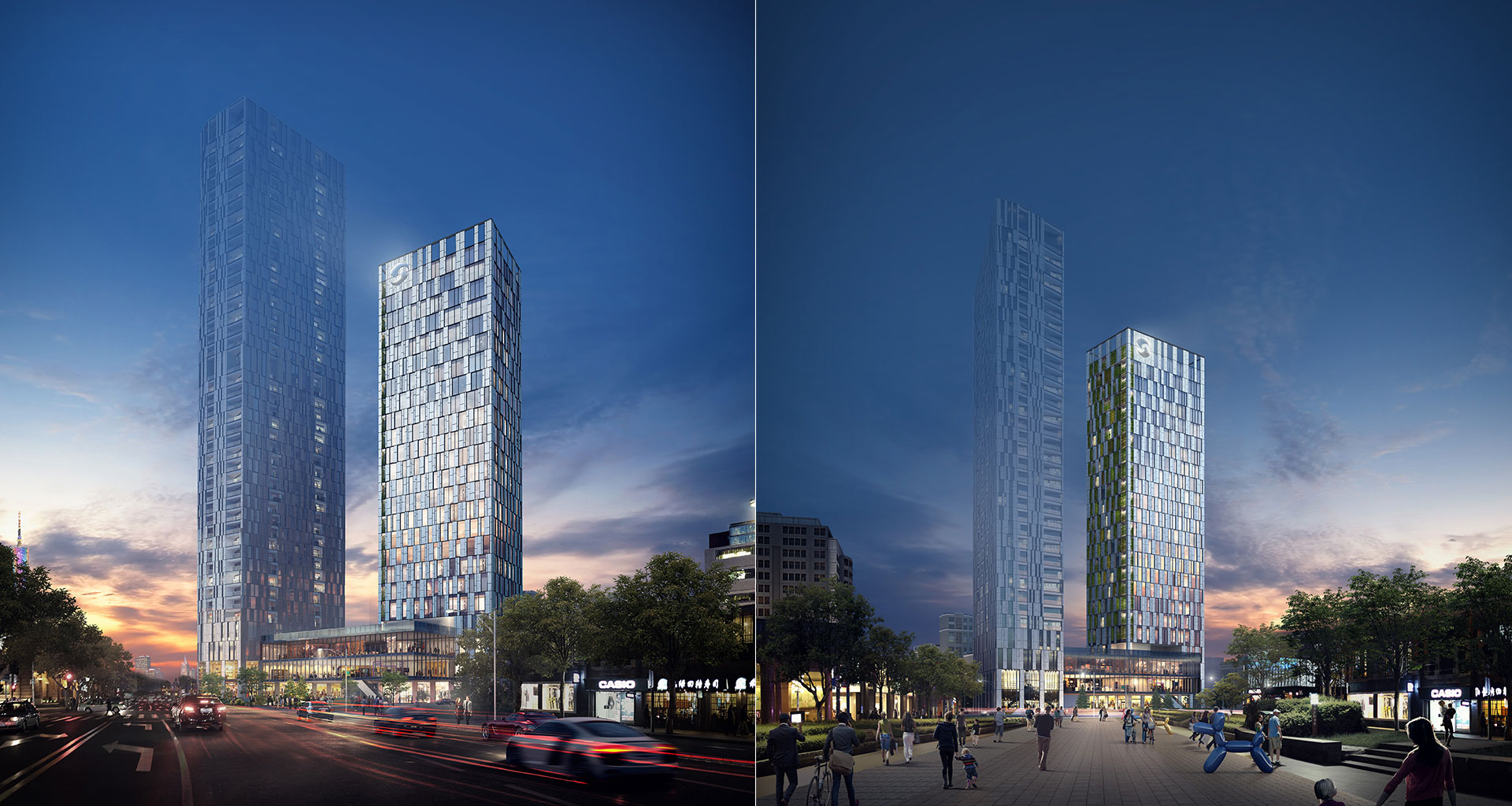 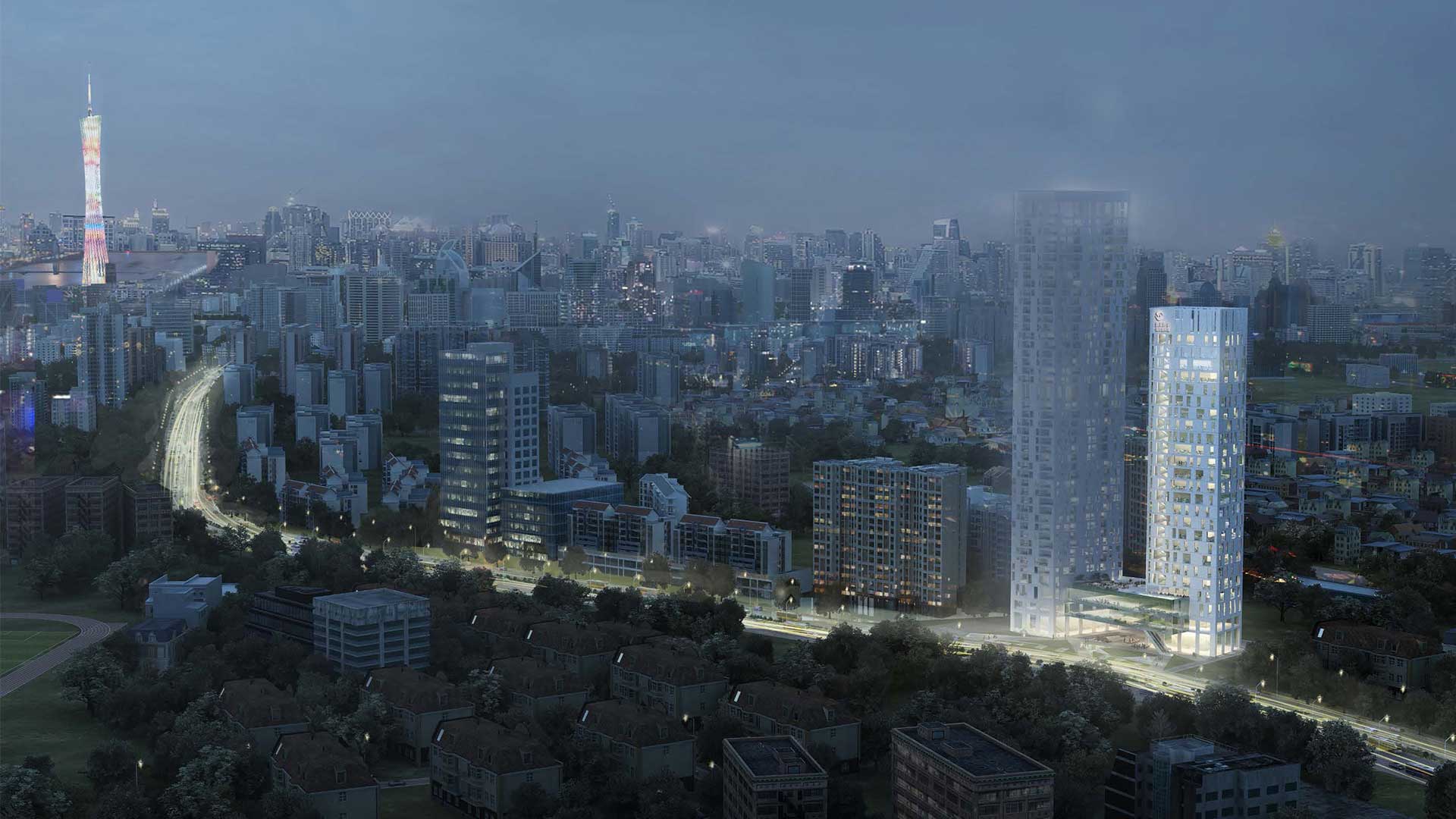 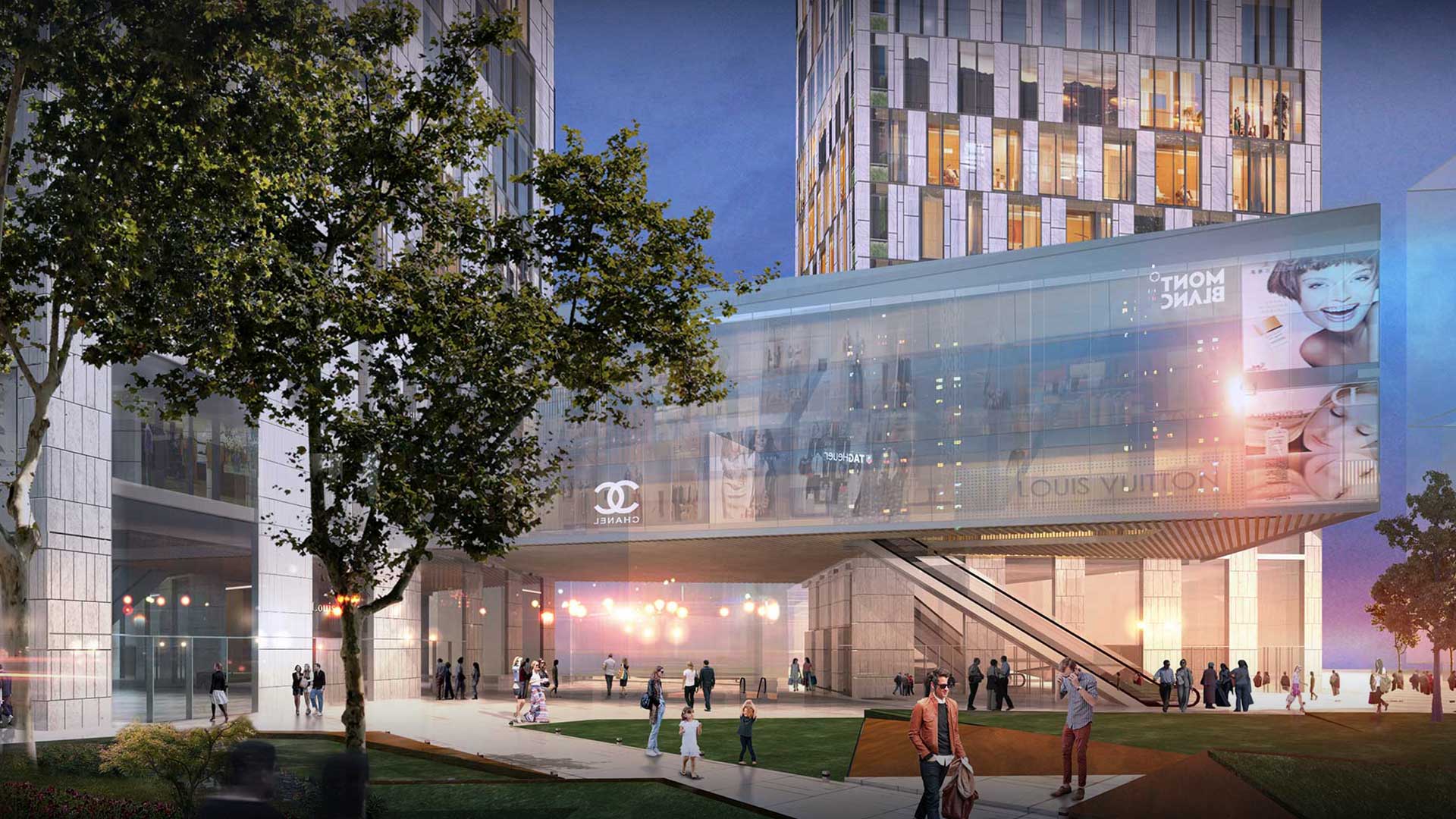 The project area has grown recently into a business centre with a range of amenities including shopping, arts facilities, and international exhibition spaces. This is partially due to a new urban plan by the government of Guangzhou that encourages city scape conscious development. The project wants to become a new Urban hub for this part of the city.

The building turns in its axis to face the main icon of the city, the Canton Tower. Two new towers will stand on a common base with the new square. The program is one tower of serviced apartment and one tower of office. From a urban perspective, the strategy is to separate the two buildings in order to create a new square. The towers have a similar facade treatment nut different height. They are connected with a retail podium.

In order to improve the user experience, the sense of public space and add diversity in the urban complex we inserted a multi-layer urban pedestrian system, interlocking network of business spaces, and visual continuity of the urban presence. The design enables the development to maximize its commercial success. The building facade consists of fully unitized aluminium framed curtain wall system combined with a random stone curtain walls trying to join the two different uses for each building.