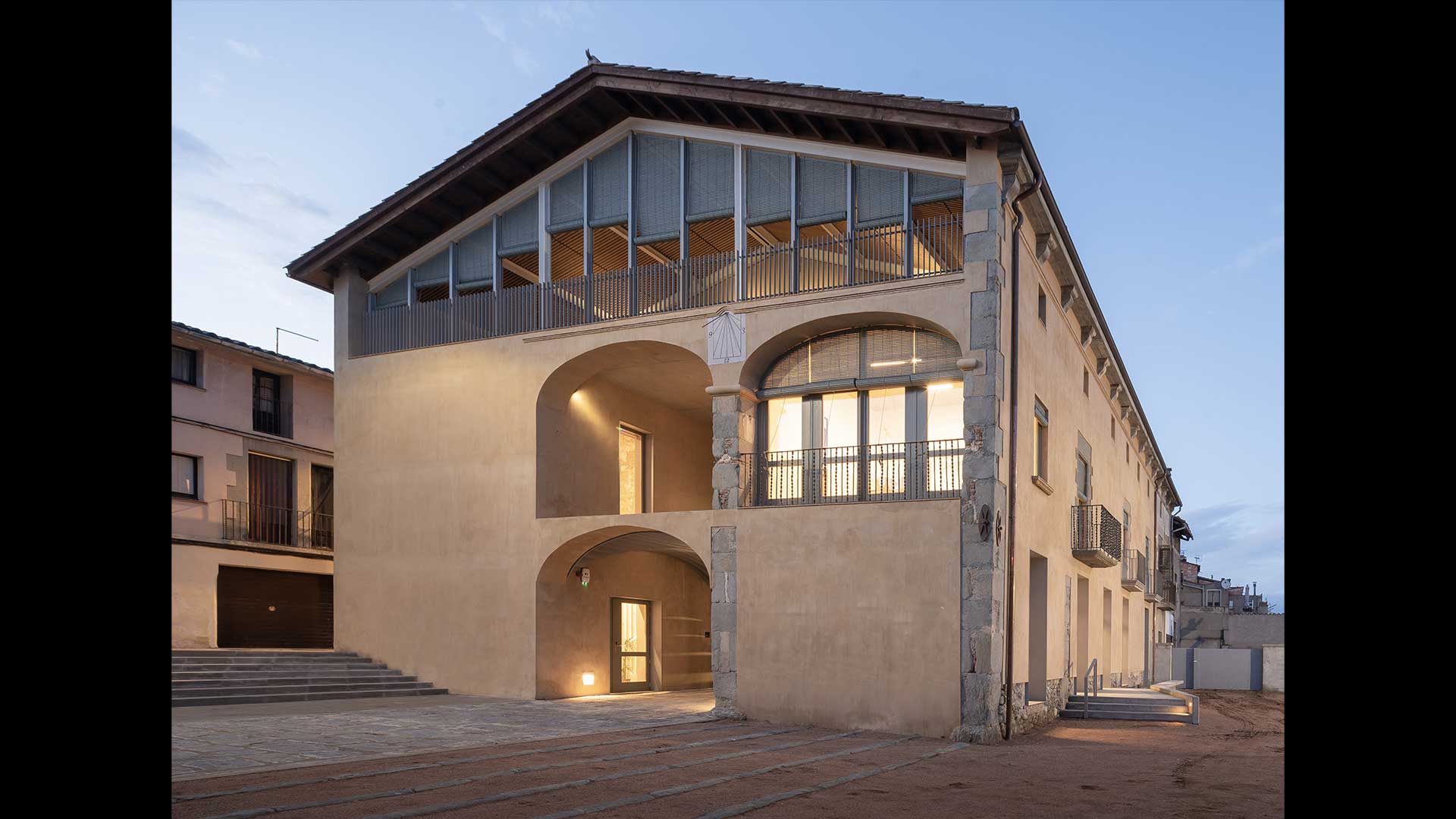 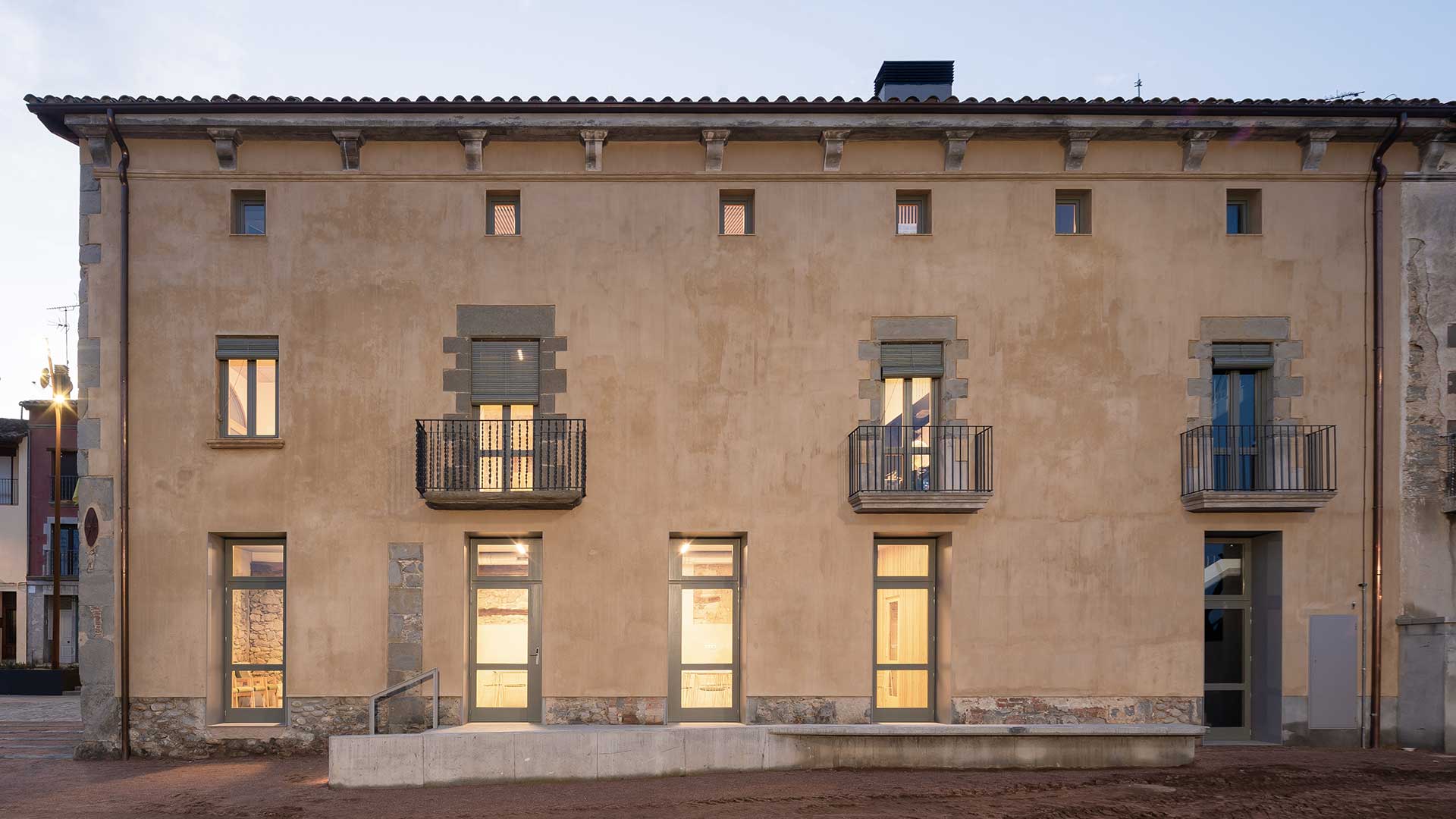 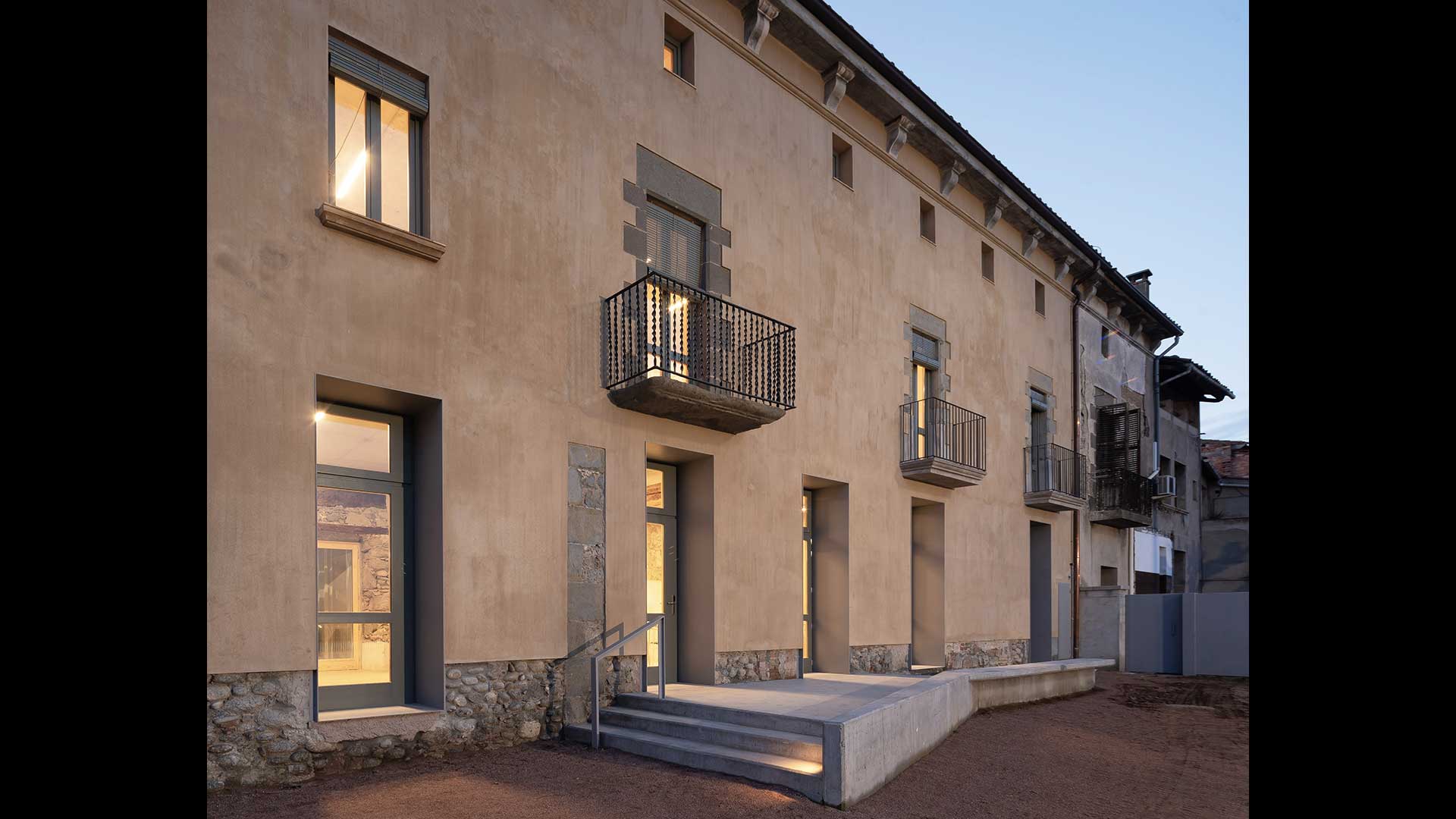 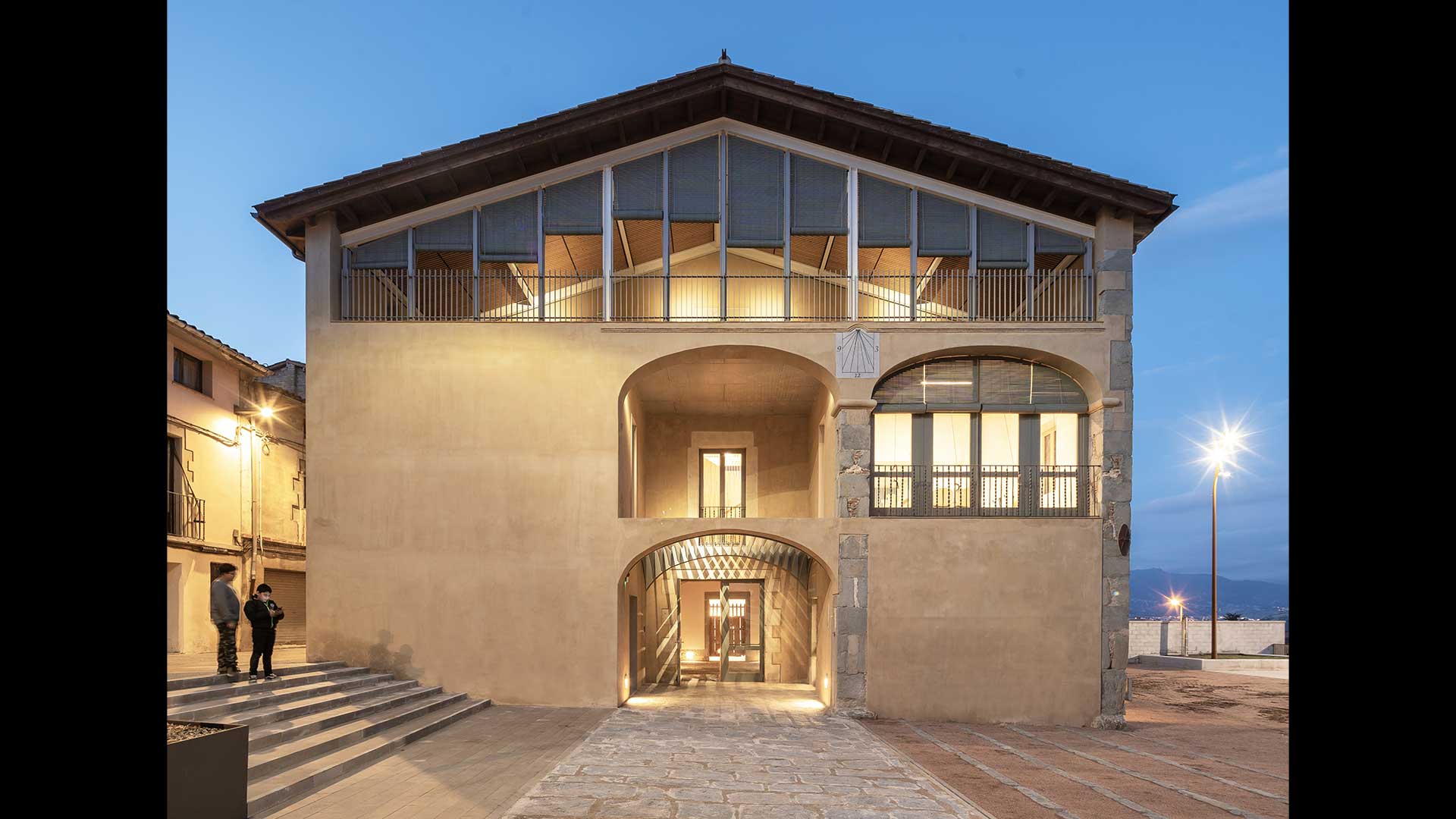 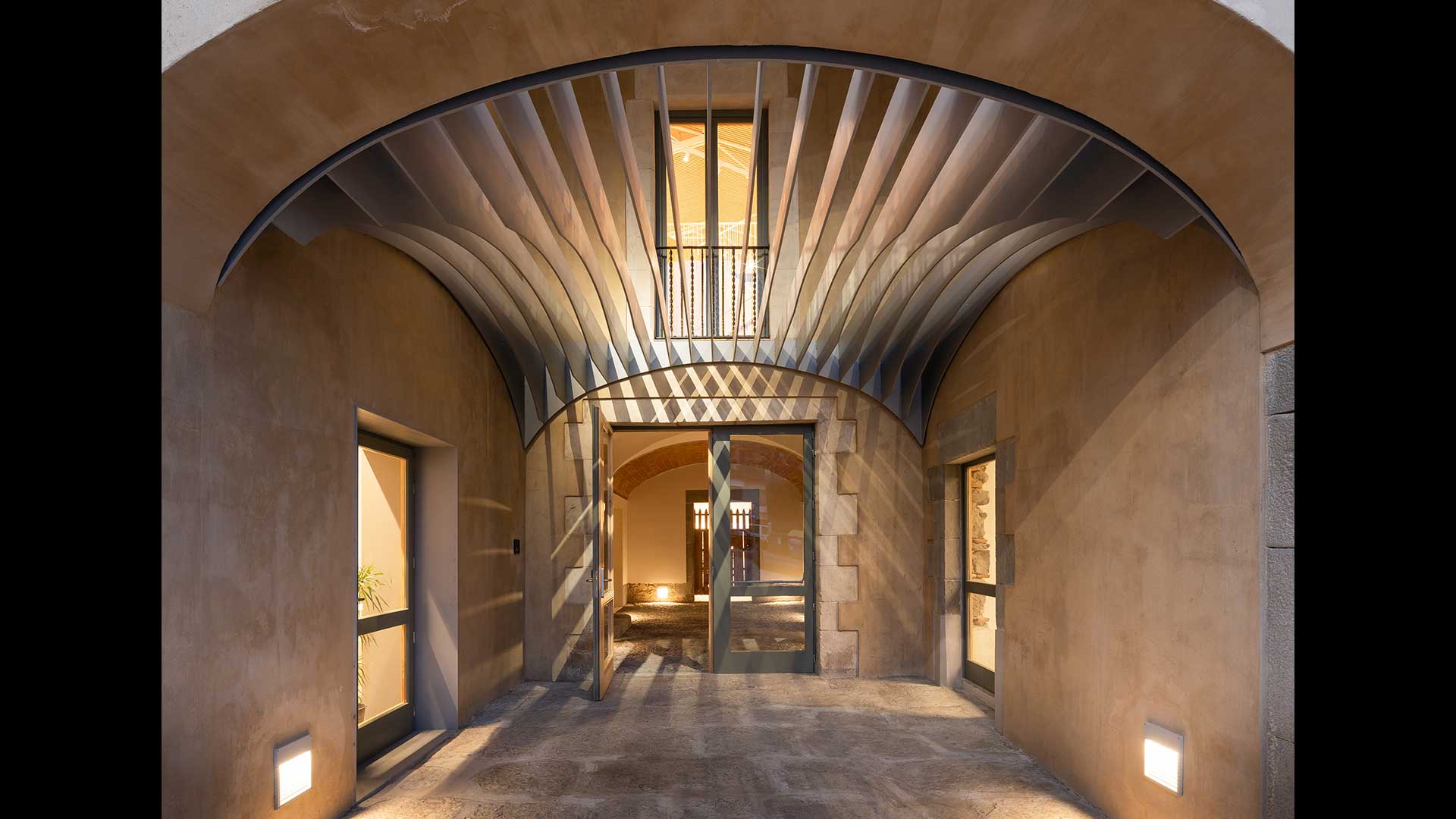 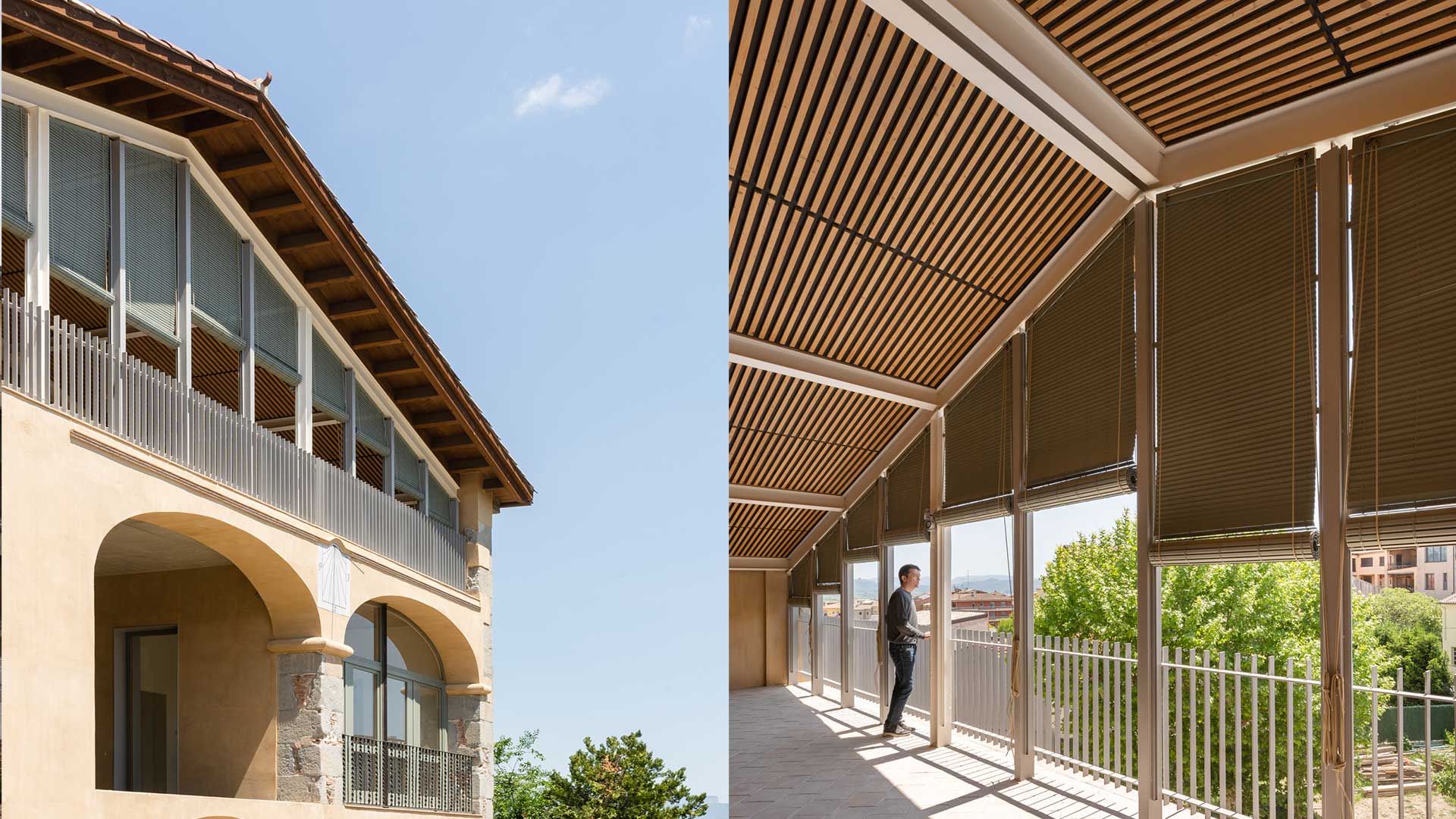 Demolition, consolidation and refurbishment of the “El Mallol” building
In collaboration with Carles Crosas, architect

Externally, the building maintains its traditional character with three different facades. The west facade, on the street, preserves its opacity and original composition. The east façade opens up to the views and the new public space on the ground floor and consolidates the marked character of its balconies.

To the south, the demolition of the old annexed volume, as well as the open lobby on the ground floor and the porticoed space on the second floor shows the double façade that the building has had at different times. Precisely the “double façade” with two separate 4m planes is an optimal solution regarding sun protection and makes the building more energy efficient.