From a total of 129 nominations presented at the 17th edition of the Catalonia Construction Awards organized by CAATEEB. The Jury has chosen 22 projects that will be eligible for the award in each of the six professional categories. El Mallol refurbishment has been chosen for the Functional Rehabilitation category being one of the 3 finalists. Congratulations to Gemma Domingo from SOG design & Carles Crosas!

The floor plan of the building illustrates a unique typology resulting from the mixture of the traditional (isolated) farmhouse and the urban baroque house. A gallery was added to the original building in the south part and later a new wing was attached to the southwest quadrant, which deformed the original rectangular geometry.

The architectural project opted for preserving the structural logic to avoid the introduction of a new resistant steel framed structure. It consolidated those structural elements that allowed it: the rammed earth walls, generally in good condition; the ceramic vaults in the ground floor rooms, all different and which were reinforced internally; and the only wooden beamed floor that had characterized the most noble room on the first floor in the original construction. 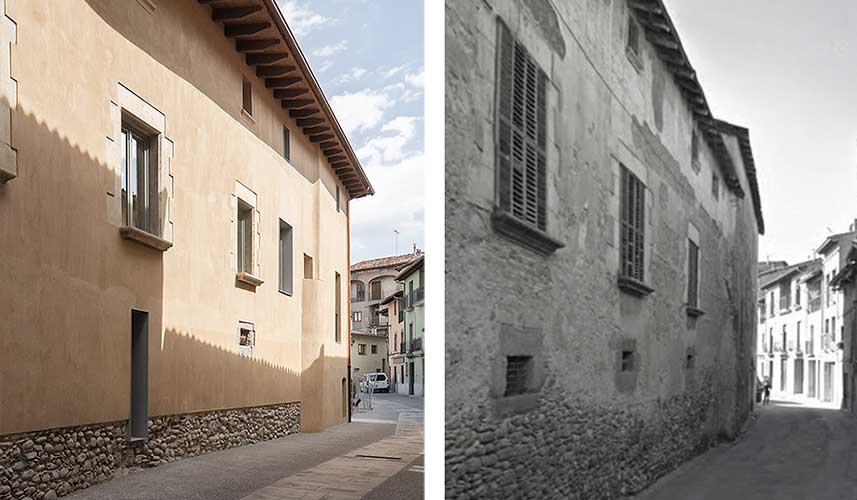 Resistance, cohesion, and connectivity tests were combined with comprehensive modelling of the original construction system, to adapt to the new demands for use in terms of loads. In the commissioning, the walls have been kept in their initial composition, mostly of rammed earth with some external baseboards with stone ashlars that are supported by the characteristic marl rocks of the area as foundations. The horizontal planes are treated as rigid diaphragms and locked with the vertical bearing walls. The replacement of the old slabs in the eastern sector has been done with exposed reinforced concrete slabs.

On the upper floor, the integral replacement of the original remains of the roof (totally damaged by water) is done with a perimeter lock where the new steel girders that support the same gabled roof are supported, now made of a structural insulated panel with a wood batten acoustic ceiling. In the central space of the old ridge, a skylight is opened to give a special lighting quality to the double-height central space, where a new staircase that defines an exhibition and transit space is located. 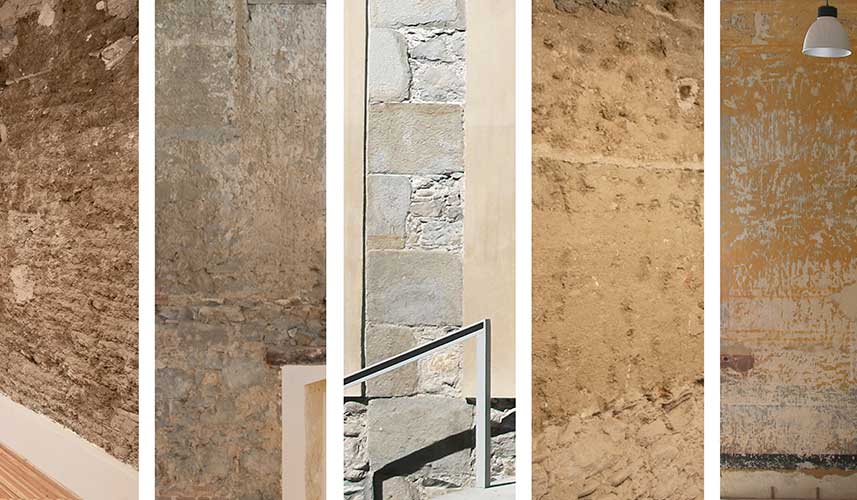